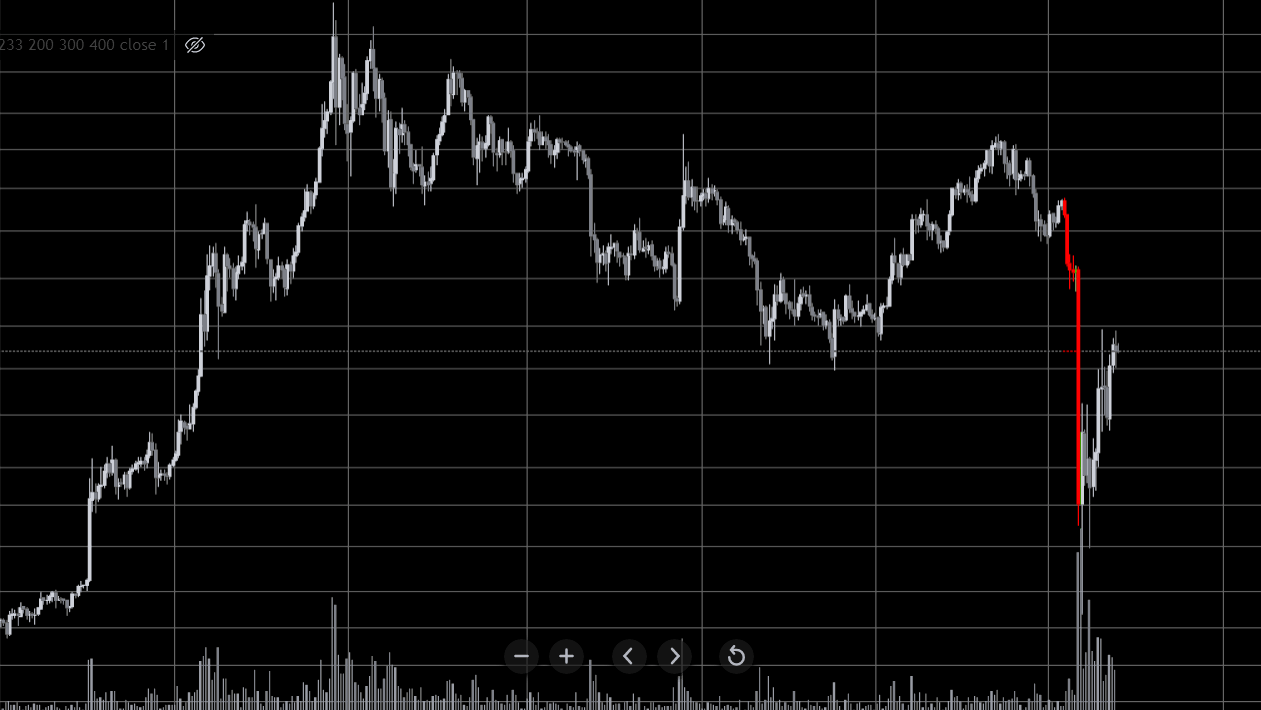 On March twelfth Bitcoin lost a staggering 55% in less than 24 hours. Every support was broken and all but one of the popular models were invalidated. At a time like this it is good to re-analyse your yearly outlook.

As I said in our years outlook, the traditional markets looked over-cooked and a crash seemed inevitable. The crash has now started but how pronounced it will be is still to be seen especially when coupled with the current struggles with covid-19. It’s possible i had under-estimated the extent of this crash in our yearly update.

I do now strongly believe that the traditional markets are slipping into not just recession but depression. This is based purely on numbers, on the record-breaking amounts of stimulation that the central banks across the world are performing at the moment, negative interest rates and record unemployment. Not only are huge amounts of money printing being used to prop the markets up, but announcements of measures that have never been seen before due to COVID-19.  These include fiat airdrops to US citizens or in the UK the promise of up to £2500 per employee per month to businesses that have to shut down and can’t afford to pay their workers. Many countries are offering mortgage holidays, utility bill holidays, furlough schemes and a plethora of other forms of financial aid to both citizens and businesses alike.

The traditional market crash has rippled across the globe and even triggered massive liquidations in the bitcoin futures markets. These liquidations being the direct source of the recent bitcoin crash.

An initial  decline in bitcoins price during an economic collapse is a given, when large funds and whales see assets value dropping sharply across their other positions they will want to liquidate both those and their well performing, speculative positions. This achieves a number of goals,  shore up their risk, absorbing tanked positions or buying back into markets at the lows once the crash is over.

The sell off of bitcoin could well be still in-progress but it wont drop much more from here ($6.5k at time of writing) in-terms of percentage, no more than 15%. Having said that – at this point we seem to be consolidating well.

If you are currently suffering with a COVID, know someone who is, or are just  isolating (enforced or otherwise) to contain the spread of the virus. We at Max Hodl wish you the best.