The Last Generation of Liberty? 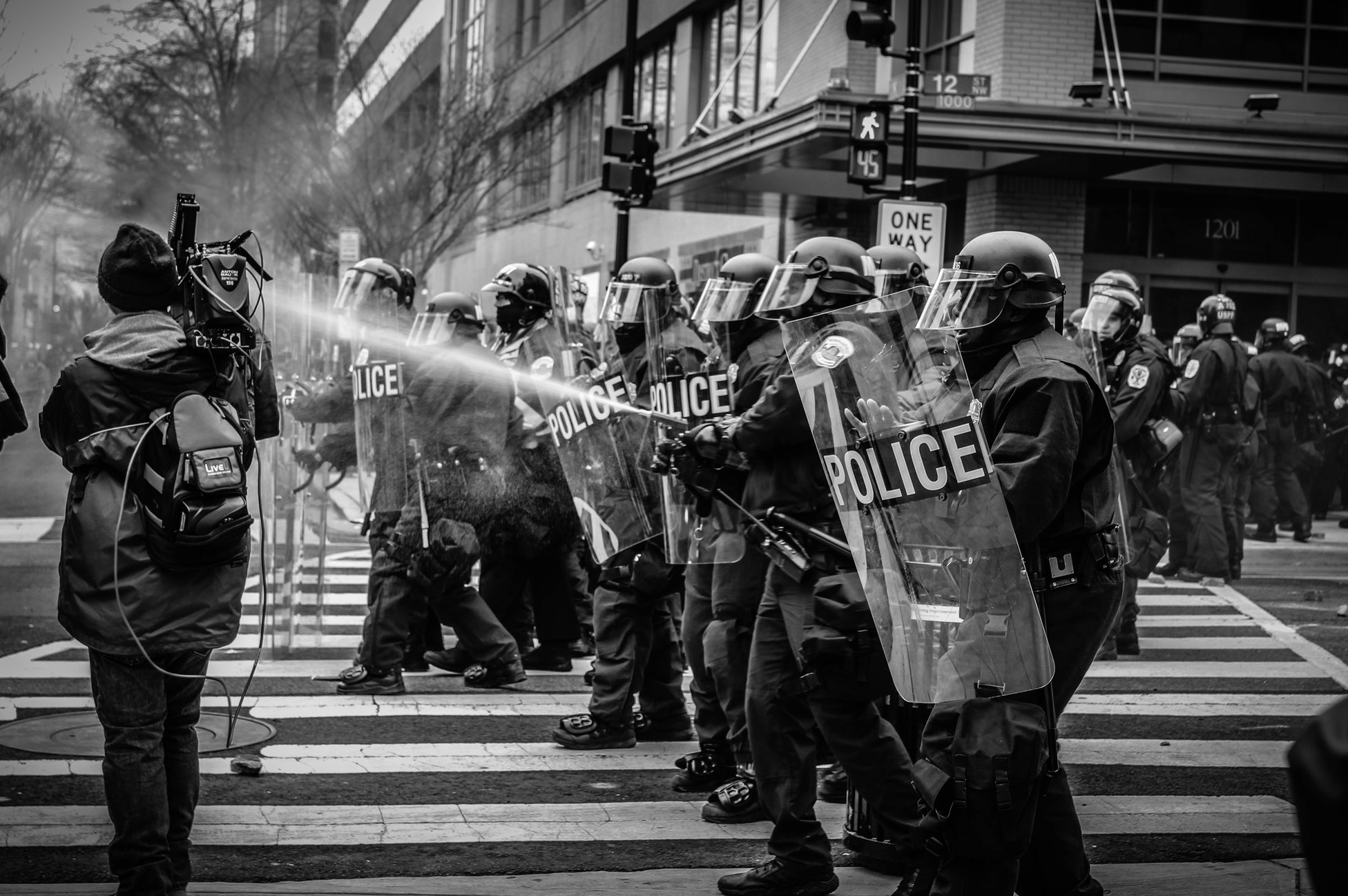 How big-data, cashless societies, & the internet of things are pushing us toward an authoritarian nightmare.

A technology revolution is looming. Big-data contributes to both the means and the motives driving it. But who can access this data, what are they doing with it and is this the last generation of liberty?

It was Sir Francis Bacon that coined the maxim:

If this holds true, it would be a short leap to conclude that data is power.
The incipient big-data revolution will provide governments & corporations with, omnipresence, omniscience, and even potentially omnipotence – the properties of a monotheistic God. You may be of the opinion my words are hyperbole, or even fear mongering. Unfortunately they are not.

With the ever-expanding scope ofthis data within the reach of global powers. How can we trust that it wont be used to track dissenters, whistle-blowers, activists, protesters, or any other people legitimately opposed to the powers that be.

These may seem like simple axioms, however, we should be wary of handing too much data to one party, either with our personal contributions , or by standing idly by. Whether you do it by accepting legislation that does not preclude companies from buying up large swathes of data, or by staying otherwise vigilant to impeachments of liberty.

This article seeks to discuss not only these intrinsic risks of big-data, but also the potential resolutions on the horizon.

Self driving cars are already being touted as the future of transportation.
Big-data is essential for training, monitoring and improving self-driving cars. Its not well known, but every vehicle Tesla have ever sold were built and equipped, to one day, be converted into self-driving equivalents. The purpose of this was to gather data based on how the driver of the car navigates roads and uses it to, among other things, train the Tesla autopilot system.

This data comes from a suite of sensors fitted to the cars. Tesla vehicles map their surroundings in 3D, to do this they are fitted with 8 cameras and 12 ultrasonic sensors. In addition to external data gathering, the driver’s hand placement on the instruments and how they are operated will be monitored by another suite of internal sensors. To top it off, every Tesla uploads the data from all these sensors to the cloud.

Self-driving car companies are popping up everywhere, and the technology behind it is getting very cheap. This will lead to an explosion in development and adoption of these vehicles.

The Internet of Things:

If you thought Tesla put allot of sensors in their cars, you in for a shock.
127 new IoT devices connect to the internet every second (Source: McKinsey Global Institute). According to research done by Intel this is expected to reach over 2000 new devices per second by 2021. These devices could be anything from web-connected fridges to street lights.

This web of devices and cars This leaves us with many questions. How intrusive would the collective 3D-map generated by every devices perspective of any given area would be? How long will be until governments request back-door access to this data? Could this data be up for sale or worse, hacked?

Big-data is powerful, not only because it can be used to train neural networks to do anything i.e. drive cars. But also because it can be analysed to sift out personal information about people. Combining the data-sets that would be available from the internet of things, would provide tremendous depth of scope to whoever was analysing.

Companies don’t just research and develop products using big data, data is a product in itself. Companies buy and sell data between each other as a commodity. A common revenue model for 21st century companies is to charge users for a service and sell their data generated using their service to other companies. Moreover Some of the biggest companies you have never heard of specialize in acquisition sales and consultation surrounding big-data.

Businesses like Brave browser are seeking to disrupt this antiquated revenue model. Brave browser rewards users with cryptocurrency for their interaction with adverts as they browse the web. Users can also choose to enable an automatic donation system for content creators, which donates based on how much the user views a particular creator.

It seems natural to me that when monetization of your data is used to target ads at you, with the aim of generating more revenue, you should be paid by companies for their use of your data and your time. Just as you would have to pay for theirs.

As the world moves in to this data-driven paradigm it is, at least to me, plain to see that data sovereignty & custodianship of your data should be a human right.

“Natural persons should have control of their own personal data.”

However it also tacit that the regulation defines no such standard as self-sovereignty of data. This is because, using the current systems, you must give custody of it to another party. Once they have custody you can only make requests concerning your data, as such, direct control of who can access your data is, at best time-consuming or at worst, impossible.

With the advent of the internet, personal data changed, it is so much more now. Its your Google searches, Facebook posts, Tweets, Instagram photos, even your GPS or WIFI location. Its the essence of You.

Blockchain has the potential to conclude the problems surrounding data-sovereignty once and for all. Blockchain is often thought of as a monetary technology. What it actually is, is a publishing platform. One that is decentralized, immutable & verified.They can publish financial ledgers, contracts, journalism, or as i am about to explain personal-information.

The appropriate chain could be used to store personal-information privately. Each user would generate a private key when they first use the chain, this key is how your data becomes self-sovereign. It is necessary to change your personal-information, or generate public addresses. The public addresses allow 3rd parties to, read data, or update it with your consent. But never does the 3rd party need to hold your data, just the revocable public key.

So you can see, there are solutions, but they are as much based in technology as the problems. Some might see that as an issue. Not me. The big-data revolution will empower our society to solve major issues like global warming, poverty and terminal diseases.

Briefly, what is cash? Cash is a current asset that is, portable, fungible, durable, divisible, anonymous & limited in supply. These properties of cash are what allow it to be traded in exchange for a wide range of goods or services.

Physical cash is very important for a society to work, especially in times of great strife e.g. natural disasters or wars. Moreover – long term power or networking outages could cause anarchy in a fully-cashless society.

Purely-digital cash has other strange implications. It means,that a corporation must hold your current and liquid assets. In a financial collapse scenario the people would not be able to withdraw cash, to protect themselves they would be forced to invest in, or otherwise buy assets. The vast majority of people are not capable of investing properly for a number reasons. This leaves them commodities and It would likely not pay off for the average Joe if they were forced into such a position. Such defaults would create a snowball effect of failed investments, potentially bankrupting many households. People would be truly at the mercy of global financial systems when the next collapse happens.

Data gathering is among the motives for the move to go cashless. As we have seen throughout this article, most companies seek to capitalize on data, and it is no different with the banks. In the UK, cash accounts for over 13 billion transactions, that’s allot of transactions that the bank don’t get to see.

suppose your bank announced a negative 3 percent interest rate on your bank deposit of 100 dollars today. Suppose also that the central bank announced that cash-dollars would now become a separate currency that would depreciate against e-dollars by 3 percent per year.

The conversion rate of cash-dollars into e-dollars would hence change from 1 to 0.97 over the year. After a year, there would be 97 e-dollars left in your bank account.

If you instead took out 100 cash-dollars today and kept it safe at home for a year, exchanging it into e-money after that year would also yield 97 e-dollars.

So whether you use the bank to hold your wealth over time or not it will be subject to depreciation. This means we would still be paying for the banks mistakes, have they not printed enough money?

Bitcoin — The remedy for a cashless society?

Many will say “But what can I do?”. Many things. But if you are saying this, then your first step, must be to educate yourself. Before protesting, education of others or moving assets away from banks. Form opinions on the systems, and organisations that influence everything we and our children will be able to become, and do. Or this truly will be the last generation of liberty.

Bitcoin or another similar cryptocurrency could answer allot of the concerns highlighted in the Access to Cash Review. Bitcoin currently has all of the properties of both physical-cash and digital-monies. Except one.

Most main-stream reports state that tax evasion and illegal activity are the main uses for Bitcoin. However this couldn’t be further from reality. Bitcoin is not anonymous. In-fact its the opposite. Every transaction is meticulously recorded onto a public ledger, that is stored and verified by its decentralised computing network. This quality of Bitcoin makes tracking transactions for tax or law-enforcement purposes incredibly easy. Happily, at no point do they have to have unsafe software back-doors built in.

You may think that it is difficult or even impossible to spend with Bitcoin. However as of right now, it can be spent via several methods. Most recent of which is a browser extension called moon. It lets you spend your crypto on amazon.com and more. Also there are websites that list shops that accept it in your area. So spending it is easier then you would think.

Bitcoin is the ultimate alternative to banking being sovereign wealth, un-confiscatable and most importantly it can be transferred peer-to-peer, no middle-man.

Alas, Bitcoin is not a one-trick-pony visit our article here to read how Bitcoin solving the byzantine generals problem could dismantle Orwell’s dictum.

Blockchain & Bitcoin, if used correctly, would stop our impending fall over the precipice. Protecting us from both mission-creep in big-data analysis and bank tyranny. Additionally, a vigilant people would ward off any attempts made upon our liberties. We must value our data and be careful not to let pieces of our freedom, and future generations freedoms, slip away.